They live off rubbish 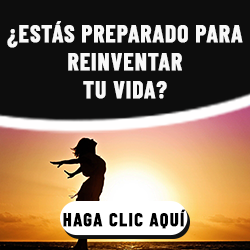 They sound the campaign and shout "la basura" (the rubbish), in order to alert neighbours to take out their rubbish. They are young Mexicans who live off rubbish, reselling or recycling what others throw away.
A coffee with milk and a sweet bread at five o'clock in the morning is the only food that the rubbish collectors of Bordo de Xochiaca eat before going out to fill their bins.

They begin their journey with the cry of "la basura" (the rubbish) and the emblematic and sonorous bell; a signal to alert the neighbours to take out their waste. The collectors raise their eyes to the windows, fix their eyes on the doors where they will receive one or more bags of waste, as well as some coins ranging from two to five pesos.

Ricardo Santos has been on the road for three years with his tricycle, a boat and a broom, as well as large industrial-style black bags. A bricklayer by trade, Santos has found in the collection a way to make a living and support his family. Only a pair of worn-out gloves are the only protection against contact with organic and inorganic waste. Ricardo is careful, none of the collectors have a medical service.

They live off rubbish | Tons of rubbish

The 86,343 tons of rubbish generated daily in Mexico City and its surroundings represent the size of the population and its consumption habits. The business and livelihood of thousands of families dedicated to living off rubbish has not been comprehensively addressed by the authorities.

The emblematic Bordo de Xochiaca, belonging to the municipality of Nezahualcóyotl in the State of Mexico, was for a long time home to one of the largest capacity dumps; a huge gorge that consumed the waste stored in long lines of trucks waiting to deposit the rubbish generated in homes, buildings, parks, avenues and streets. The local authorities took on the task of cleaning it up due to the sanitary risk that affects the neighbouring neighbourhoods and the contamination of the groundwater in what was once Lake Texcoco.

They live off rubbish : New dumpsites

After 26 years of operation, the Bordo de Xochiaca, which in 2003, comprised some 375 hectares and 17 metres high, with approximately 72 million tonnes of waste, officially closed in December 2011. In that year it was declared saturated. Gradually, the waste was transferred to two new landfills, currently known as Neza II and Neza III in the same municipality of Nezahualcoyotl.

The new depots are waiting for thousands of hands to rummage through and separate waste that can be sold or recycled.
There are an average of 1,600 waste pickers in the area. Many of them are members of families who see this activity as their only source of income. They talk warily for fear of reprimands from their leaders who manage the zones and permission to work as they please.

They live off rubbish | Maximum capacity

At nine o'clock in the morning, Ricardo Santos, riding his tricycle, heads for the first unloading, as the bins have reached their maximum capacity. Trucks parked on Plaza Tlaxcoaque street in Nezahualcoyotl ask him for $180 pesos to empty their bins.

The collectors collect cardboard, paper, cans and other waste to be sold and recycled. Between the tips and the collection, they collect between $250 and $300 pesos at the end of the day, which is not always the same income; it can be less or even exceed this amount. "There are people who leave a lot of bags (at their homes) and give you $10 pesos, but they are the fewest," says Ricardo with a shy joy.

They live on rubbish | Hopes to find something useful

There is still no culture of separating waste; organic and inorganic waste coexist in the same bag, sealed with a knot that is often complicated to resolve, so they tear the bag in order not to waste time, with the same expectation as someone who is in a hurry to open a present, hoping to find something useful, something that could be useful either for personal use or to sell.

Several collectors express their discontent and dissatisfaction and in a low voice, very close to my ear, they comment: "Look, you see that man with the truck, he is the nephew of a leader, he has about ten trucks, imagine $180 and there are about 15 of us who unload there, two or three times a day, take a pencil", and yes, it is more than 80,000 pesos a day.

"But if we complain, they don't let us work and the authorities get their money," says "el Winnie", a boy from Toluca, Estado De Mexico. Barely eighteen years old, he carries the rubbish with a shovel to throw it into the truck.

Every week, the Mexiquense Health Secretariat prepares an epidemiological bulletin to detect cases of diseases among the inhabitants of the western zone, of which the most common are hepatitis, gastroenteritis, parasitosis, dermatitis and conjunctivitis.

A pestilential air dominates the Neza II and Neza III dumps at all hours. The landscape is completed by the noxious fauna, carrion animals such as vultures that seem to guard these open-air dumps.